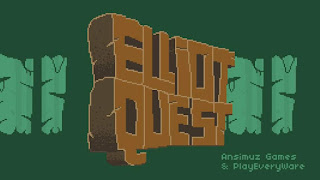 In this action platformer with lite RPG elements, you'll be playing as Elliot. You're on a quest (lol) to...actually, it's not entirely clear at the beginning of the game. But, wait, Ricky, hypothetical reader says to me...why are you including this game in your "play as the monster" week? Well, I'll enlighten you. 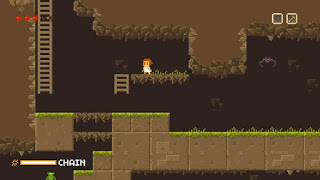 Elliot, is immortal. You see, his wife has disappeared, and he just couldn't go on without her. The game puts you in his shoes at the point in which you get to experience this backstory, is at Elliot's rock bottom. He has brought himself to a cliff to end it all, and he (you) hurls himself from the cliff, only to fall and...not die. You actually don't end up with a scratch at all. Why? Well, the game doesn't reveal this, but any research into the game will reveal that Elliot has been cursed by a demon known as a satar, and that if Elliot can't figure out how to destroy the satar and remove the curse, he himself will become a satar.
So, in the spirit of true horror being seeing something approaching, we have a game where you play as a potential monster.  It is an interesting premise, and addresses some weird societal issues. 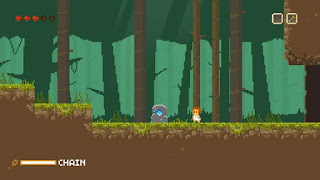 So, you have a suicidal protagonist that is forlorn over his lost love. You don't know whether she is dead or alive, which only makes it worse. When we get to the point where we need to toss Elliot off of the cliff, it is revealed to us that he has tried this before, but was always too afraid to do it. Only when he gives himself up completely, are we able to push him literally over the brink.
When he comes to, and is alive, we find ourselves back in the game, fighting enemies and traversing dungeons.
If  we go into the nearest town, everyone expresses their sympathy over Cara's (your wife) disappearance, but nobody seems to care enough to ask you how you're feeling. Especially evident that this is all just common courtesy, is that everyone goes on about themselves for a short clip before finally even mentioning Cara, if at all. We've all been there. 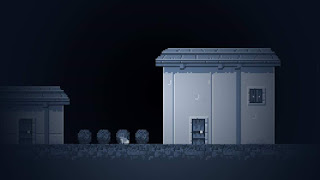 Like yesterday's entry, the game plays a lot like Zelda 2. You have an overworld you wander around from town to dungeon to town, there are visible encounters that you can wander into, and you level up as you defeat enemies. You get to choose how to distribute skill points in this game, though, and you gain new abilities as you defeat bosses (this actually reminds me more of Mega Man, because you gain the ability of the boss you defeated). Unlike yesterday's entry, this game does a much better job of advancing the subgenre through tiny little tweaks. Most notably, the cinematic cutscenes in black and white to advance the story, the customizable skill tree that enhances your abilities, and the different abilities you gain from bosses. 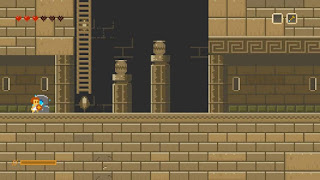 There are also some very light metroidvania elements where there are some areas that are inaccessible when you first come across them, but you can come back later and discover.
There are also quite a few secrets to discover hidden throughout the castle, usually gold to help buy items for your inventory, but sometimes you'll come across some much needed health.
The game is fun, and does a great job of feeling like a retro game, but a modernized version of it.
Some of the dark themes might not be for everyone, as many like to play games to escape the unpleasantness of life, but I think it is handled in a relatable manner, here.

Come back tomorrow for more in the 31 days of Halloween, and later today for another bonus feature review!