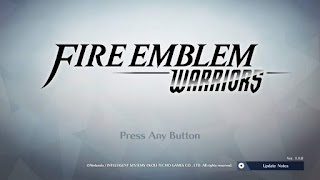 I'm admittedly not a huge fan of the musou sub genre of hack and slash games, but I do enjoy the Fire Emblem series. Part of a reviewer's obligation, however, is to play games and assess them not based upon their impressions and preferences, but how the game plays as a product of it's own genre and as a game in general. Seeing as how I am not a big fan of the genre, though, I can also incorporate my opinion about why this game might appeal to those that aren't usually a fan, and how that might influence their decision to at least give the game a try.  Big thanks to my buddy, Jordan, for providing me the opportunity to review this game that I may have otherwise overlooked in an attempt to make my Buyer's Guide more thorough than just my own preferences would allow. 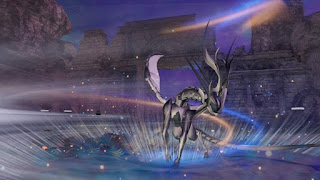 The game starts off with what seems to be an epic final battle where you get a sampling of the heroes that you can acquire throughout the game, and the ability to use their special attacks to get you hyped for the coming action. After, completing the battle, the game goes back to the beginning of the quest, and you choose to take control of the prince or princess of Aytolis, Rowan and Lianna. You get into a sparring match with Prince Darios of Gristonne, and monsters attack your beloved kingdom. Before she is captured, your mother, Queen Yelena, gives you the Fire Emblem. Darios' father,  Oskar, is planning on reviving the
evil dragon Velezark, and our heroes must power up the Fire Emblem to stop him. 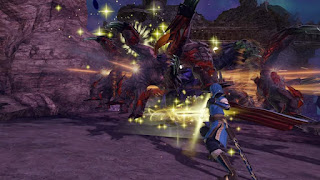 Many of the series' beloved protagonists and support troops make a return for a nice chunk of fan service, but the story is a bit too similar to the mobile iteration of the game. That's no big deal, though, because it's hard to fault a spin-off of a popular series from feeling like itself. To further build upon other familiar mechanics of the Fire Emblem series itself, our rock paper scissors style weapon type advantage/disadvantage system makes a return. You can also build relationship bonds with your team members, and even assign strategies to your party members that you aren't directly controlling at the moment. The combat itself maintains the hectic pace and fluidity of the Warriors half of the equation, and is well optimized for the console. Playing in both docked and undocked modes, I never once noticed a single frame drop, no matter how many ememies were on screen or what kind of insane combo you were performing.

To top it all off, the game is absolutely gorgeous, and the voice acting is top notch as always. The story and characters were so involved and charismatic, that I found myself slogging through the (admittedly) frenetic, but exciting battles just to make it to the next story beat. Normally, I grow bored quickly with the somewhat repetitive combat found in the musou games, where enemies seemingly flood towards your blade to be chopped down without posing much of a real threat, aided by a handy lock on button that makes switching between enemies on the fly intuitive and incredibly useful.

So, if you're looking for a good fix of Fire Emblem style storytelling while you await the next mainline game, do yourself a favor and check this one out.
If you're a big fan of the hack and slash genre, there's plenty to be found here, for you, as well.