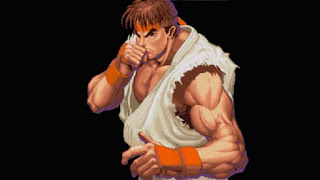 Ultra Street Fighter II: The Final Challengers is the latest iteration in a long line of improvements and graphical updates to the venerable Street Fighter II that Capcom has been supplying us with steadily since the game's initial release in arcades over 26 years ago. There's no doubt at this point that many of the people playing this port are younger than the game itself, and there have been more versions of this than even the classic Super Mario Bros. that is easily the most recognizable video game in history. That being said, not only have most of these people played this game before, but they've most likely owned one version or another at some point in their illustrious gaming lives. The biggest question is, is it worth buying it again? 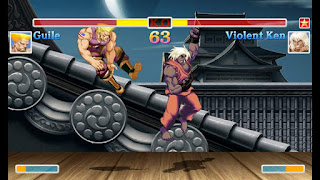 The short answer to that is no. There isn't really enough new here to justify the price, and console exclusive feature (way of the Hado), is little more than a momentary distraction. The game actually suffers greatly from the Switch's lack of a proper dpad, even with the Procon, which has a clunky travel time not well suited for fighting games. Granted, this isn't exclusive at all to this game, but something that plagues all fighting games on the system, of which there are better thanks to the selection of SNK Arcade Archives. Unless you want to buy a fight stock or the Pokken Tournament fighting pad, you'll be very disappointed in the performance of the joy and pro cons.
While the game provided some fun nostalgiac battles between my wife and I (where she routinely kicked my butt with any fighter, even when picking my old standbys of Dhalsim and Blanka), it just wasn't enough to make the game seem worthwhile for my shiney new system, even with the improved HD graphics and soundtrack.
Not recommended for anyone that isn't a die-hard fan of the series, and even then I hope that they bring any of the other many (newer) iterations of the game to the console.