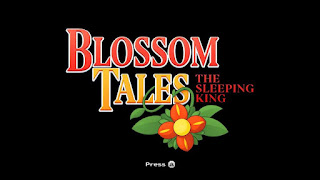 Blossom Tales: The Sleeping King is a top down, overhead action adventure game that plays out just like the original Legend of Zelda. It blatantly wears it's "Zelda clone" badge on it's sleeve, and there's nothing at all wrong with that. It even starts off with a reference to the venerable series, which leads me to my next poorly written segue. 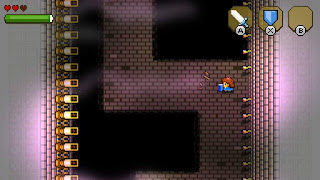 Blossom Tales: The Sleeping King is a blatant Zelda clone, yes, but it differentiates itself with it's unique story, and narrative structure. A grandfather is telling his grandchildren a bedtime story, and he asks if they've heard the one about the brave elf- boy from the kingdom of H--, where he is cutoff and asked for a new story, since they've heard it a million times before. In the place of our beloved hero of Hyrule, he decides to tell the children about Princess Blossom, whom is on her way to being knighted by her father, the king, and beginning her duties.
Her first task is the all too familiar trope "rid the basement of rats", and while down there she learns of her uncle's plot to put her father to sleep and claim the throne for himself. Now, we have the title of our game in a neat little package, and we can get on with the rest of the game. 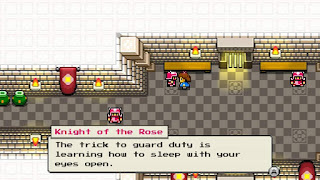 It is through this fourth wall breaking narrative, however, that we explore such concepts as continuing after death in our games (that can't be where the story ends, grandpa!). Grandpa even saw fit to give his NPCs quirky little sayings, even if they do repeat themselves quickly. The inclusion of self-aware humor and tropes through the presentation of grandpa's stories brings to mind "The Princess Bride", which gives us a double up on nostalgia beats.

While playing, you will unlock new special items that can be equipped and utilized to help you discover secrets and solve puzzles. You can assign these as need be in the menu. So, while the game feels exactly like what it is- a 2d Legend of Zelda game, it has it's own charms and still manages to stay entertaining and fun throughout it's 15 hour playtime. You can tell that a lot of love was put into this homage, and you owe it to yourself to explore this world that brought us the second best Zelda adventure of the year.