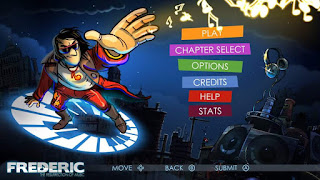 Frederic: Resurrection of Music is a budget rhythm game that puts you in the shoes of recently resurrected composer Frederic Chopin. You are tasked with traveling the world to engage representatives from various genres of pop music in an effort to restore creativity and soul to a world of corporate produced music. 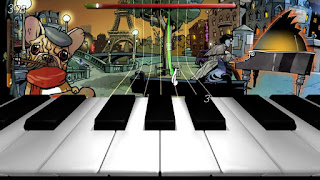 While the game has both docked and undocked modes that utilize both button presses (that can also be used for undocked mode), and touchscreen controls, the game tells you from the very beginning that it is intended as a touchscreen game. You use your fingers to hit the appropriate piano keys in time with the music, and are awarded with special moves as you go.

The game presents a fair challenge in both modes, but it is highly recommend that you start off on easy mode and using touchscreen controls until you become familiar with this particular game's ins and outs. You will have off against various generic pop stars across a wide variety of genres, and are treated to some familiar classical compositions from the master himself, and some slight variations on them on your journey. 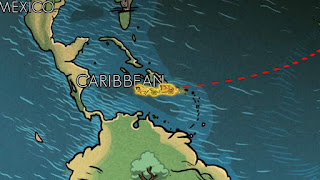 One of the more entertaining portions of the game is that during the story, you travel across the world on a seemingly magical horse-drawn carriage that can walk on water. There is a very interesting article style in game, and it's a little strange because the in-game characters are a bit more cartoony than those depicted during the cutscenes.

Rhythm games are so far very under-represented on the Switch, but if you're looking for a cheap entry into the genre, it's hard to go wrong with Frederic: Resurrection of Music.

Frederic: Resurrection of Music on eShop