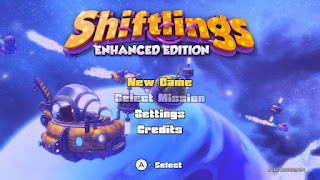 Shiftlings Enhanced Edition is the latest in a series of fun ports that have carried over to the Nintendo Switch from the Wii U. This local multiplayer- focused puzzle platformer offers 55 challenging levels of hilarious action suitable for the whole family.
Boasting colorful visuals and superb voice acting, Shiftlings Enhanced Edition presents us with the unexpected situation in which two aliens in space suits are tethered together to run an obstacle course for the entertainment of the universe. You must bounce, jump, and swap sizes through inflation to avoid traps and overcome obstacles. 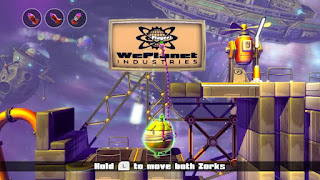 Shiftlings Enhanced Edition offers a great variety of levels and impediments to overcome, with or without a partner in tow. The level design is creative and fair. There are a few thinkers throughout the journey, but it's not so intimidating that younger players will be overwhelmed. Scattered throughout are collecting soda bottles that can be collected to unlock new stages and challenges, and going back to replay levels offers a rewarding reason to do it over again.


I actually started my first play through on my own, and found that it was quite enjoyable by myself. However, it was much more fun to trek through with my family, and we all enjoyed taking turns passing the controllers around. It led to a lot of instances of loud chuckles and intense direction from all ends of the age spectrum, as someone would inevitably figure out how best to complete a level better than the person who was supposedly in control. 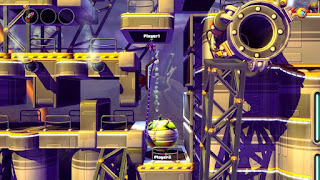 Like many other party games that I've covered previously, I often woke up to find my children playing Shiftlings Enhanced Edition with each other or their friends, and everybody generally seemed to be having a great time doing it. Finding the collectibles soda bottles that had previously been missed was a part time hobby of my eldest, an the controls were simple and intuitive, even for the youngest players. 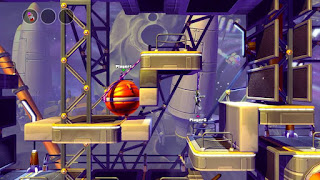 Overall, Shiftlings Enhanced Edition is another great addition to your library of multiplayer games, whether your player twos are young or old. While there is a lot of content, I still found myself wanting more.